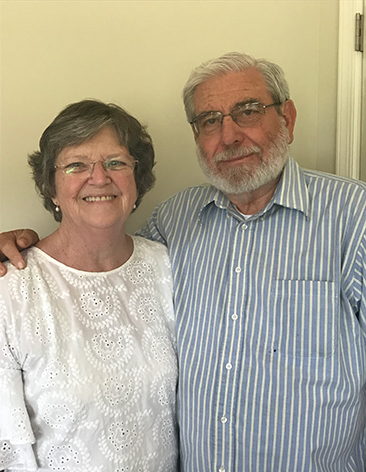 How it all started...

Hope Builders Ministries (HBM) developed from The Calling (2 Timothy 2:2) received by four men working with Open Doors in Southern Africa in 1984. Project Timothy was begun to address the acute shortage of pastors in Mozambique. That country's on-going civil war had impoverished it to "poorest country in the world" status. Pastors had been specifically targeted because they " had control over people". Able bodied men potentially are fighters for one of the armies.

Project Timothy later became Timothy Training Institute as it grew into an independent ministry in 1990 and spread to all the countries Hope Builders Ministries reaches today. The HBM program has since been adjusted to accommodate the needs of the constituency we have been called to serve -- the "bush" of rural Africa where virtually nobody provides the training or "tools" for indigenous leaders to EFFECTIVELY reach their own people for Christ.

In 2001 Hope Builders was established in the US to partner with these indigenous ministries as the projects grew. Over 11,000 village churches have been planted in five African countries and 3 Asian countries since 2001. HBM has enrolled pastoral leaders in a three-year Pastor Training Program, a diploma course completed by 25,000 graduates (over and above the 13,000 students served between 1985 and 2001 by Timothy Training Institute).

Through the Bibles for Disciples program, nearly 600,000 Bibles have been distributed to faithful disciples through a network of indigenous partner churches (many in their native languages).

Through Dignity Projects thousands of orphans have received sustained material and spiritual care while hundreds of widows have been trained and equipped to care for these orphans.

This is done in their local churches, under the supervision of the local Pastor. Bibles, bicycles, motorcycles, evangelism tracts, Jesus Film kits, thousands of study modules, vegetable seed and garden tools are some of the gifts referred to as "tools" provided by our donors who partner with us to serve thousands of people who are hungry for the Word of God.

If you delight in the idea of rapidly winning whole communities to Christ in rural areas of Africa and India, we invite you to join us in this exciting and fruitful ministry!

Our U.S. team is equipping, encouraging and empowering Christians throughout the country to become disciples who make disciple for Christ.

HBM has delivered over 600,000 Bibles into the hands of waiting Christians in Africa & India. But there are still millions who do not have access to God's Word.

Everyone is created in the image of God and have dignity. There are many who are vulnerable because of poverty, disease and societal breakdown. HBM works with the local indigenous church to give them dignity partnering widows and orphans together into homes.

Jesus' last command was for His disciples to "make disciples" of all people. HBM provides a strategy , mentor and material to encourage the local church to develop a movement to make disciples 1 on 3 to the fourth generation. This promotes natural, organic growth in  the church, both spiritual and numeric.

Pastors are called to "equip the saints" to do the work of the ministry. This is done by teaching the Word of God effectively until "all come to the unity of the faith and of the knowledge of the Son of God" and grow up in Christ. HBM equips pastors in a mentoring relationship with other pastors.

Motorcycles and Bikes for Pastors

In rural settings in Africa and India many church planting and mentoring pastors are limited in their effectiveness by a lack of transportation. Working with our partners HBM is able to provide motorcycles to pastor leaders mentoring other pastors and helping them to grow the Church of the Lord Jesus Christ.

Hope Builders Ministries comes along side the Local Indigenous Church encouraging them with "TOOLS" to help them take the Gospel to their families and friends. From garden tool and widow/orphan houses, materials to help build a local church, to vehicles for transporting HBM missionaries.

Currently, HBM is training disciples in 13 prisons in Mozambique and we have been invited to come to even more. Officials credit a dramtic 80% improvement of culture within the prison to the Gospel of Jesus Christ.

Many of our missionary partners are not able to access medical care because of a lack of funds. Many have to travel a long distance to find a doctor or hospital who is able to help but require payment for services.

Where we are headed...

Hope Builders Ministries' vision is to equip, encourage and empower Christian leaders in the Word of God, enabling them to better enlist their congregations to the GREAT COMMISSION mission, making disciples in their communities and beyond as they share the Gospel of Grace and then encouraging one another to grow to maturity.

To date Hope Builders Ministries is involved in launching disciple making movements in Africa, Asia and America by working with local Christian leaders and churches. It is our desire to continue to saturate communities and countries and continents with the vision of the Great Commission among indigenous Christians. 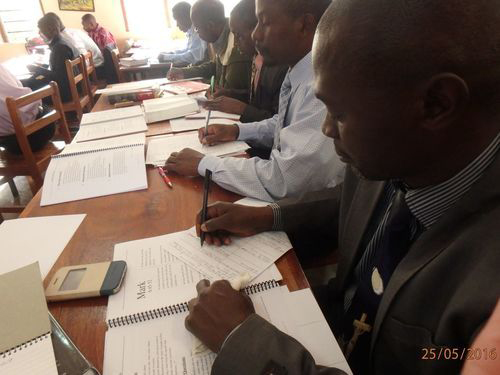